Home Periods 6 menstrual period irregularities that you should not ignore

To rule out complications and problems, it is important for each woman to know her menstrual period and to go to the gynecologist at the slightest doubt to undergo the appropriate tests. 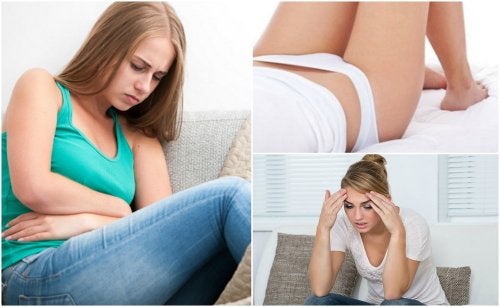 The irregular ones that occur with the menstrual period tend to be a cause for concern in women.
While they are not usually serious health problems, they are sometimes signs of hormonal imbalances, nutritional deficiencies, and other conditions that need more attention.

The normal menstrual cycle lasts from 28 to 35 days, depending on age, hormonal load and the habits of each one.
For this reason, if the cycle is not common or presents some abnormality, it is advisable to consult the doctor to determine if it is due to any complication.

Taking into account that many do not know how to differentiate it, this time we want to share in detail 6 changes that should not be overlooked.

The absence of menstrual flow, better known as amenorrhea. It is characterized by the complete arrest, for a long period, of menstruation.

A woman is considered to have it when, for three or more months in a row, she has missed periods without an apparent cause(such as pregnancy).

This disorder is more common among:

The formation of small blood clots is quite normal during menstruation. However, if the entire flow consists only of these, it is essential to pay more attention to it.

It is not normal for menstrual bleeding to suddenly have large and abundant clots. These are actually only common for the first few days after giving birth.

Heavy menstrual bleeding, known in medical terms as menorrhagia, is common among women. Also, most have them at least once.

Despite this, they can become a cause for concern when they become recurrent. It is also an aggravating factor that they last for seven and more days.

It is common that, occasionally, the menstrual period occurs in the company of severe pain in the lower abdomen, sometimes extending to the lower back.

However, when the symptom is recurrent, and interferes with the woman’s daily activities, it is best to seek medical help.

Bleeding that occurs between one menstrual period and another, that is, on a different date than usual, is a clear sign that something is not quite right.

On the one hand, these can indicate a hormonal imbalance and, in more complex cases, alert diseases in the ovaries or other parts of the reproductive system.

It is important to consult your doctor to verify if they are due to:

Some patients have a decrease in blood pressure in the days before and during menstruation.
Although it is a completely normal sign, it is important to check it and be vigilant, since, in certain cases, the imbalance can be significant and dangerous.

Therefore, it is best to consult your doctor if, in addition to having hypotension, symptoms such as:

When is it necessary to consult the doctor?

In summary, keep in mind that you should consult your doctor or gynecologist if:

Are you going through any of these irregularities? In reality, even if it seems like you can cope, the ideal is that you seek medical assistance. In this way you will know if these complications have their origin in a more careful condition.

Request the pertinent exams and attend the recommendations for their control.

9 things menstruation can tell you about your health

What can pimples on the nipple indicate?

The mood during menstruation

Why is more gas generated during menstruation?

Menstrual Period Abnormalities You Should Pay Attention To