On February 11, the world celebrates the International Day of Women and Girls in Science, declared by the UN. We take this opportunity to tell you about some women who made history in medicine. 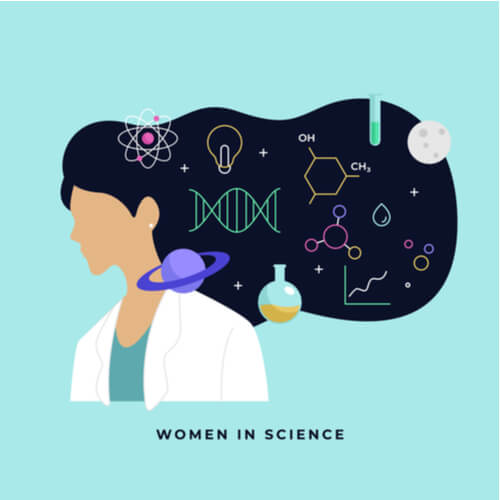 Every February 11, since 2015, the International Day of Women and Girls in Science is celebrated in the world. It is an initiative of the United Nations(UN) that had its endorsement just five years ago.

The objective of this celebration is to recognize the contributions of women and girls in the advancement of science, as well as to encourage gender equality in these areas. In this way, more women have access to the scientific and technological world, reducing the gender gap.

This International Day of Women and Girls in Science goes hand in hand with other celebratory and commemorative days. Mainly, the most related is International Women’s Day, which aims to reduce and eliminate gender differences in any area.

The slogans of previous years for this international day were:

While much progress has been made in narrowing gender gaps, there is still disparity in science. The UN itself recognizes that less than 30% of women can access studies or jobs related to science and technology.

Hence the importance of the celebration. That is why we are going to take this opportunity to tell you about some women who were relevant figures in the field of medicine.

This Italian neurologist represents the spirit of the International Day of Women and Girls in Science by her tenacity. She died in 2012 having been awarded the Nobel Prize in Medicine in 1986.

Of Jewish descent, he had to go into exile in the countryside under Mussolini. There he did not stop investigating, and he did it with homemade instruments and using farm animals.

Later he worked at the University of Washington with Stanley Cohen studying nerve growth factor. The discoveries with this substance earned him international recognition.

Barbara McClintock was born in 1902 and died in 1992. Her studies were related to chromosomes, investigating what their structure was like and how they worked.

The Nobel Prize in Medicine came to him in 1983, three years before Rita Levi-Montalcini, but not before going through an ordeal of skepticism among his colleagues. The distrust that the rest had about their publications reached such a point that they silenced themselves for several years.

In 1953, because other scientists despised his work and rated them badly, he stopped publishing results. He only circulated them among those close to him who shared his vision. Sometime later, other researchers resumed their work and gradually discovered that everything published by Barbara was reliable.

This winner of the Nobel Prize in Medicine in 1988 is an extremely relevant woman for the current treatment of serious diseases. She owes the development of drugs that, if they did not exist, would mean a reduction in the number of survivors.

Inspired, sadly, by the death of her grandfather from cancer, she decided that she would do some research to discuss this disease. She studied with a university degree through unfavorable economic conditions and, having a teaching job, completed her master of science part-time.

He associated himself in research work with Hitchings and began his doctoral studies. He was never able to officially finish that degree because the university asked him to quit his job and study full time. She denied that option and continued investigating.

Thanks to those investigations that she did not postpone, we can point to her as the inventor of:

Acyclovir: the most widely used drug for herpes.

Anti-malarial drugs: such as pyrimethamine.

Trimethoprim: an antibiotic for daily use and effective in immunosuppressed patients.

International Day of Women and Girls in Science: celebrate, claim and promote

This International Day of Women and Girls in Science should be the opportunity to advance in reducing gender gaps. As we have seen in this brief review, women have been fundamental to the progress of medicine.

There is still a way to go so that more and more women have access to relevant studies and positions. International days in his honor should not remain just days of commemoration, but should spur action.

Reveal most of Women’s health problems

The color of your period blood reveals your health

9 things menstruation can tell you about your health

What happens in the body during menopause?

7 reasons why your breasts can hurt