Home Periods Menstrual Period Abnormalities You Should Pay Attention To

Before any change in our cycle or in relation to our menstrual period we must go to the gynecologist since, although it does not have to be dangerous, it is advisable to maintain a medical control. 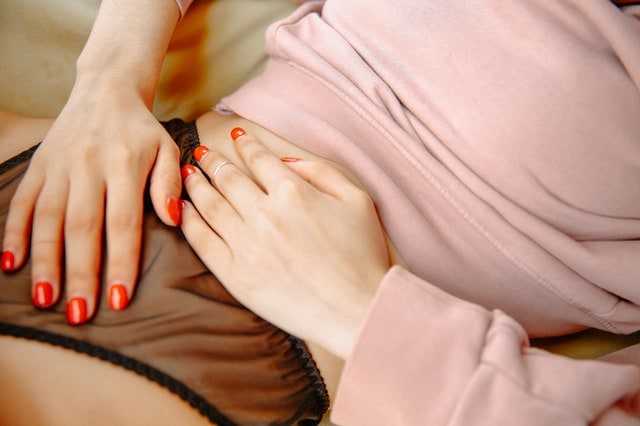 Menstrual abnormalities are often ignored by most women as they are often mistaken for common symptoms.

The coloration of the discharge, the smell and the amount may be indicating hormonal alterations, health problems and other conditions that require gynecological attention.

The normal menstrual cycle begins with the first day of menstruation and ends the day before the next. It generally lasts between 28 and 35 days, although this may occur differently for each woman.

During this stage, important changes and symptoms appear that influence the mood and health of the woman.

For this reason, it is important to learn to differentiate when it is a common cycle and when the body may be alerting some complications.

Amenorrhea is a condition characterized by the absence of menstruation in women. It is considered abnormal when 3 months in a row pass without bleeding, unless you are pregnant, breastfeeding or have entered the menopausal stage.

It is more common among elite athletes, professional dancers, and women who adhere to strict diets.

In fact, its development is closely linked to anorexia and is considered one of its main symptoms.

2. Heavy bleeding for more than 7 days

Menorrhagia or heavy menstrual bleeding are quite common in the female population. These usually last more than seven days and force the woman to change her tampons or pads more often than normal.

Although it is not considered one of the abnormalities of the menstrual period, we have included it since some women develop anemia from excessive blood loss.

It is normal that during the first days of menstruation the tension drops a little, but it is not when it does too much.

It is important to check it regularly, as there is the possibility of a sudden and dangerous imbalance.

If you notice that every time you have your period you present this symptom, consult a specialist as soon as possible.

It is also essential that you pay attention to discomforts such as:

The clots in the period are considered abnormal when spotting is only composed of these.

As women, we know that it is normal for some or other to occur in habitual bleeding, but we can also differentiate when they occur excessively.

In case of identifying them in an abnormal way, either very abundant or large, it is essential to see a doctor.

Bleeding between menstrual periods is a manifestation that something is not quite right in the body. It is without a doubt one of the easiest menstrual period abnormalities to identify.

Most of the cases have to do with hormonal imbalances, although they can also warn of complications such as fibroids, polyps or inflammation of the cervix, among others.

These conditions are usually benign although, in rare cases, they can also be due to cancer or precancer.

These types of menstrual periods are characterized by the presence of pain in the lower abdomen, colicky and sometimes extended to the back.

During menstruation, pain is considered normal, although when it is too strong it is not. In medical terms it is known as dysmenorrhea and they are so severe that they can prevent women from carrying out their daily tasks.

In fact, this symptom is one of the main causes of disability in adolescent women and those between 20 and 30 years of age.

So far it is not associated with diseases of the uterus or other pelvic organs, but it would have to do with increased activity of a hormone called prostaglandin.

When to go to the doctor?

Although all the menstrual abnormalities mentioned are reason enough to consult a doctor, it is important to go quickly in case of:

Identified with any? Remember that the gynecological consultation is the best way to determine what are the causes of abnormalities in the menstrual period. Try to consult as soon as possible to receive timely treatment if necessary.

6 menstrual period irregularities that you should not ignore

What do I do if my period does not drop?

3 Practical Exercises That Will Improve Your Sexual Activity!

Does wearing a bra influence the development of breast cancer?

Did you know that stress can be a cause of delayed menstrual cycle?