Home Menstruation What causes vaginal bleeding outside of menstrual cycles?

If you have vaginal bleeding between periods, don’t hesitate to see the gynecologist right away. Many times, the cause can be found with a gynecological examination. This is the most effective way to avoid complications. 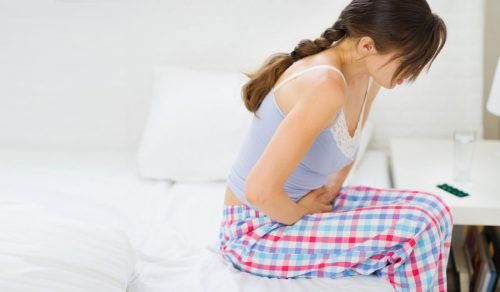 Intermenstrual vaginal bleeding is called metrorrhagia, according to this study carried out by the Virgen del Camino Hospital in Pamplona, ​​Spain. It is a discharge of blood out during the days before or after menstruation.

Many people believe that metrorrhagia is due to menstrual irregularity, but this is not always the case. Vaginal bleeding between periods could be caused by various issues and, although they are usually benign for the most part, they indicate that something is not right in the body and that it is necessary to consult a doctor.

Next, we will tell you the causes that tend to be behind vaginal bleeding outside of menstrual cycles.

There are many causes that can lead to the appearance of this symptom. According to the origin, gynecologists divide them into:

The birth control pills and, in particular, intrauterine devices(IUDs), could be, according to the research conducted by the University of the Andes, causing bleeding between periods. It occurs due to the number of hormones that the formula contains. And, in the case of IUDs, it can sometimes be due to poor practice or an error in their placement. If you started any contraceptive treatment and this is happening to you, talk to your gynecologist to assess the situation. Most likely, I will indicate another treatment.

Remember that contraception treatments affect the menstrual cycle. This could condition the appearance of episodes characterized by abundant or, on the contrary, extremely scarce blood flows.

Estrogen and progesterone are the hormones that are responsible for regulating the menstrual cycle. The alteration of their normal values ​​can be the origin of irregularities both in the period and between one menstruation and another. This type of imbalance usually causes very painful periods, very heavy flow or intermenstrual vaginal bleeding.

This hormonal imbalance could be rooted in:

Sexually transmitted infections and, in particular, gonorrhea and chlamydia, could be behind a symptom like vaginal bleeding. This is confirmed by this study by the University of Valencia and this investigation by the Las Condes clinic in Chile. Transmission is mainly due to unprotected sex.

Other symptoms with which STIs usually manifest are:

All or some of them usually precede heavy vaginal bleeding between periods.

It is very important that you see your doctor immediately if you have any of these symptoms. He will conduct the relevant examinations. Only then can you avoid situations that would further compromise your health.

Avoid self-medication, as it could backfire.

This is one of the most common causes of vaginal bleeding. Among them are infections in the vagina itself, as stated in this research carried out by the researchers urethra. When they become inflamed, these become irritated and can cause bleeding, although they are usually very mild in their majority.

Here are some of the reasons that motivate them:

It could also appear in the middle of what is known as “impending menopause.” It happens when there are light spots or very light bleeding and you are in the process of menopause.

Even with ovarian activity stopped, many women continue to have brown discharge discharges. These stains are very similar to blood stains.

5. Polyps in the uterus

These abnormal proliferations of the tissue that lines the uterine cavity can also be the cause of intermenstrual vaginal bleeding, as stated in this research carried out by research center.

Abdominal cramps could be another sign of this type of uterine condition. However, many women do not notice anything strange beyond vaginal bleeding.

According to this study carried out by the researchers, fibroids can be a cause of infertility, but they are benign tumors; that is, not cancerous. They form in the uterus and are usually detected by a gynecologist.

Its symptoms are usually clear:

They are generated in the ovaries and are released after the release of the egg. This rupture causes cramps, pain in the lower abdomen and vaginal bleeding.

These are the most common causes for which you can have vaginal bleeding between periods. However, it is essential that, if you have concerns, you go to a gynecologist.

How do I calculate my fertile days if I have an irregular menstrual cycle?

Why do menstrual delays occur?

Menopause: 8 things you should know

Why do menstrual cramps occur?

What causes vaginal bleeding outside of menstrual cycles?

How do I calculate my fertile days if I have an irregular menstrual cycle?

Why does my twin go up?