Home Breasts Does wearing a bra influence the development of breast cancer?

By not wearing a bra, the natural movement provides a massage that stimulates lymphatic circulation. Thus, the elimination of toxins is facilitated. 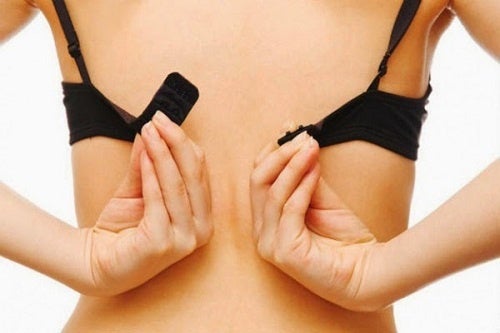 The bra, the bodice, the bra… It has multiple names and is usually known in one way in each country. But the truth is that it has become an essential garment for most women today, because with them, as its name suggests, the chest is held.

Since the last century, research has been carried out in which it has been sought to find negative effects of the use of bras on the health of the breasts. We see the results that these investigations provide.

According to studies, the old corsets that were worn decades ago were very tight and oppressive to the chest. Hence it is popularly believed that wearing a tight bra for many hours a day hinders the lymphatic drainage of the breasts and increases their temperature, influencing the increased risk of developing breast pathologies.

Relationship between support and lymphatic circulation

Since the 1930s, research began on the relationship between bras and the development of breast cancer.

From their conclusions, popular beliefs were derived that wearing very tight bras can compress the various lymph nodes and channels, preventing toxins from being removed naturally through lymphatic drainage. With this, they would end up accumulating in the breasts and, over time, they could generate cysts, fibrous nodules and, in some cases, cancerous tumors.

It is important to note that there is no scientific evidence for this. When women wear a bra size that is not suitable for their breasts and squeeze them, the capillaries and lymphatic vessels are compressed and circulation is obstructed. But in addition, bras also cause the temperature of the breasts to increase considerably, due to the tissue that covers the breasts and the pressure that is exerted on them. There is no scientific evidence about it.

When a woman is not wearing a bra, her breasts are free and the natural movement that occurs when walking produces a massage that stimulates the good circulation of lymph. In this way, the elimination of toxins is promoted, according to popular belief. And, in addition, it has been found that free breasts tend to have less frequent aches and pains compared to women who do wear a bra.

A false need for women

With the success of the textile industry in making bras of all kinds, it has been touted that not wearing a bra can promote sagging breasts.

Many women rely on this saying and, in fear that their breasts will lose firmness, use the bra even to sleep. It is a highly debatable issue, as there are many beliefs around this myth, despite the fact that there are no medical studies to confirm it.

How do you explain this?

When a woman wears a bra constantly, Cooper’s ligaments and the muscles of the skin, which are the natural support of the breast, cease to fulfill their function, deteriorating while the breasts lose their firmness and sag even faster with the passage weather.

The breasts are covered by a thin and very resistant membrane, which becomes stronger as they perform their function. In turn, they are suspended by their ligaments, as if it were a kind of protective net.

This is precisely the reason why many women have an unpleasant feeling of tightness when they stop wearing their bra. It is not that the breasts are sagging, but on the contrary, they begin to work to regain their firmness.

Breasts Changes Before and After Pregnancy

7 reasons why your breasts can hurt

8 things they don’t tell you about menopause