Menopause is a fundamental stage in the life of all women. Knowing it is the best way to face the changes it implies naturally. 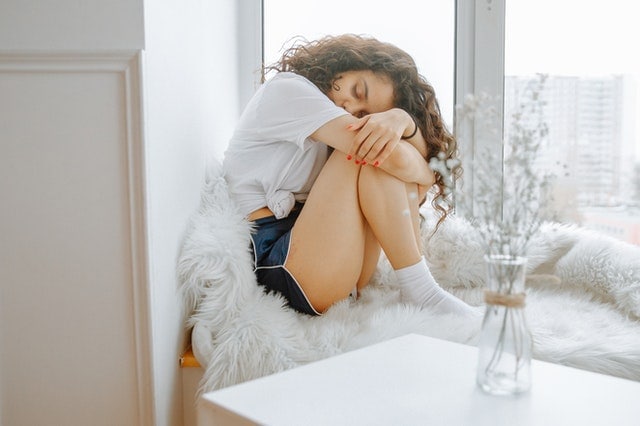 The Menopause is a process that all women of a certain age, they have to go through. Some symptoms are inherent to all of them and others more specific or specific.

But, be careful, because having menopause is not synonymous with suffering. Do you want to know better how menopause develops?

Many people confuse some words or moments in the lives of women, so it is worth differentiating them:

Questions and Answers About Menopause

At what age does it occur?

As mentioned above, the average age is around 51 years. However, this can vary depending on various family, personal(smoking, obesity, diabetes or sedentary lifestyle) or specific factors (history of chemotherapy, invasive treatments and radiation).

Why is it produced?

If we speak in medical terms, we must say that it is the basic ovarian deficit. That is, there is a cessation in ovulation and the production of ovarian estrogens is reduced. In this way, the woman stops having the capacity to reproduce.

What does menopause represent in women?

Beyond the clinical, it is a vital crisis in female life, a more than important change, just like her first menstruation or pregnancy.

It represents without a doubt a modification in their way of living. It is the end of one stage (the reproductive one) and at the same time the beginning of another. It can cause depression or very strong emotional imbalances.

What are the symptoms?

Regarding the medical or physical signs of menopause, the following should be highlighted, as this article published in the Journal of Endocrinology and Nutrition points out. On the one hand, endocrine gland disorders, sleep disturbances, depression, urogenital atrophy, osteoporosis. Likewise, cardiovascular disorders, dry skin and mucous membranes, vasomotor symptoms and sexual problems may also appear.

As far as the psychological is concerned , it is a crisis that must be analyzed and treated accordingly. Not all women are affected on this plane. However, there is a change in the way they see themselves in front of the world, since for many menopauses is synonymous with old age.

What habits should be changed to better cope with menopause?

Women can better cope with this moment of their life by modifying some habits. For example, following a healthy diet and exercising to avoid obesity and heart problems. It is also advisable to stop smoking, consume more calcium to avoid suffering from osteoporosis, etc.

The best way to face this stage is to live it in the most natural way possible. There are many factors that influence the way of coping with this stage: the woman’s personality, culture, beliefs, etc.

Therefore, it is necessary to consult with specialists and not take it as if it were a disease. Well, it is one more episode of female existence.

Why are hot flashes so common in menopause?

This symptom is one of the most typical and is characterized by hot flashes and increased sweating, even when it is not hot. The picture is also accompanied by palpitations. It affects about 80% of women in the menopausal stage, and its estimated duration is one year, as evidenced by this publication of the research.

It does not cause health problems, but it can affect the social and emotional life of women. It is one of the main reasons for medical consultation.

Likewise, flushing is usually related to a psychic element such as  stress, emotion or conflicts, although it has not been proven. And it can appear at any time of the day, also while sleeping.

Does menopause promote the appearance of diseases?

The hormonal changes of this stage in women result in different symptoms, which can vary from person to person.

In the medium term, changes occur in the muscles, the skin, the urinary system and the genitalia. While, in the long term, osteoporosis appears and there is an increase in cardiovascular risk.

Why does menopause affect women emotionally?

Beyond being a ‘hinge’ stage in female life, emotional or mood disorders are also due to imbalances in the production of the hormone estrogen.

More changes in mood or mood are likely to be seen during this stage. Aspect that can affect personal, family and even professional life.

A good advice is to know well everything that happens during this period, so you can face it naturally.

7 reasons why breasts can hurt

What are the functions of sex hormones?

Causes of pain under the breast

Why can my period last longer than normal?